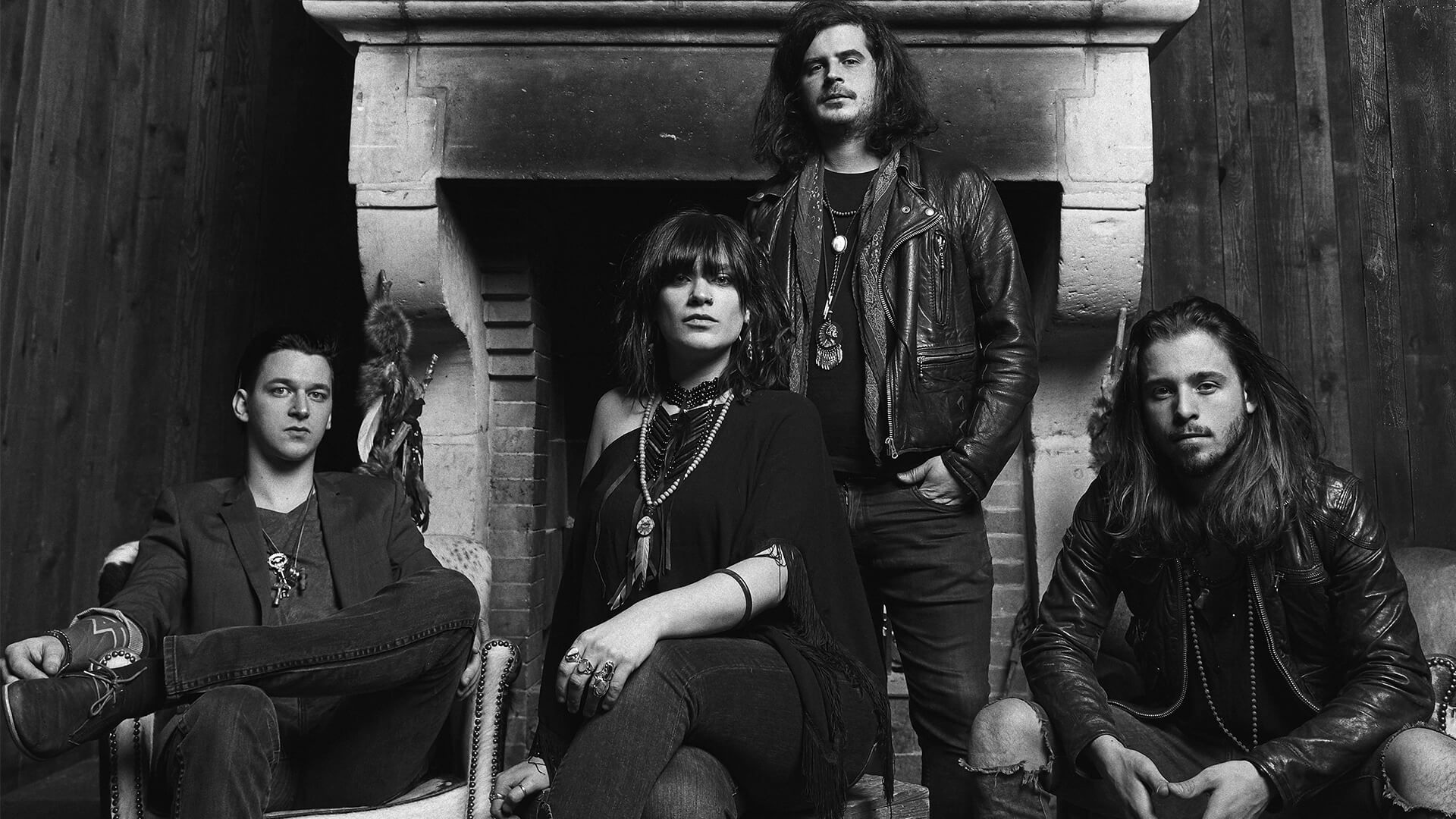 “Is craving for heavenly delights”

The Belgian rock excellence BLACK MIRRORS have released their high voltage unplugged version of “Günther Kimmich”, along with a music video, today via Napalm Records.

Since the release of their debut album, Look Into The Black Mirror, in September 2018, the Belgian rockers have played over 120 shows in 16 European countries, and on top of that, the band won the prestigious D6cibels Music Award in the category “Rock & Alternative”. Following these exceptional months, it is no surprise that in addition, the famous Eurosonic showcase festival in Groningen sent a special invitation. Now, BLACK MIRRORS have revealed a new facet.

The original first single from their hypnotizing debut is now available in its purest form – an intimate acoustic version that will send shivers down your spine. The band offers the perfect equilibrium between modern blues rock and a glimmer of swampy tinted stoner rock.

The black and white audiovisual creates a rich atmosphere and draws you right into their heavenly delights: an emotional perception accompanied by the captivating power of Marcella’s vocals.

“As kids of the 90's, we grew up with bands like Nirvana and Alice in Chains playing their songs unplugged. We loved to see how faster Rock songs changed into something slow with a very intense and deeper feel to it. With ‘Günther Kimmich Unplugged’ we turned a fast, straightforward Rock song with heavy riffs into something very intimate and melodic. We often make acoustic versions of our own songs during breaks in between tours and we’re happy to share it with our fans now!”